Post DN10 (Destination Nurburgring 10) depression and work have kept me sufficiently busy that this post is now inversely proportional lateness to its relevance. It’s also melodramatic… 75% happy to have been able to attend DN6, 8 and now 10. 25% sad an imminent grown up things mean this may be my last DN and Nurburgring trip for a while (hopefully some house building posts to follow, after a rant on how poor Cornwall Council Planning are….).

My first solo voyage, all previous trips have been with friend paxing. Unsure how the 666 mile journey would go I looked forward to meeting new and old friends there. Thankfully I needn’t have worried. The 1 series proved a faithful companion. Discovering the excellent Tim Ferriss’ podcast helped too.

With the news European speed cameras will soon be able to get our details from the DVLA, and this being the 1 series’ last trip, I was keen to set a good time. How good I’ll enjoy and shorten each time I mention to people silly enough to listen. When the company car people collect the 1 series expect a very sad Olly!

With getting to the Nurburgring sorted it was time to settle into the excellent Gastehaus Fuchsrohre. After a quick shower and freshen up I headed for the sign on and briefing. Being a Rent4Ring customer this isn’t strictly necessary. We have a separate briefing and sign on at Rent4Ring the morning of day 1, early! Even as a regular it’s still a requirement, and a further reminder to take things easy to start. The main briefing is still worth attending, a chance to see some of the cars and meet up with friends. Lots of nice cars in attendance. Everything from exotic Alfas to multiple 911s 4.0 RS, with Atoms, Schirmer m3s and new 991 GT3s thrown in for good measure. This briefing we also learned the T13 pits were in use and gathered a full appreciation for just how many people are attending the event. Lots it seemed!

Massive thanks to Ray, my GT6 buddy and Nurburgring veteran, for sharing DN10 and our R4R Swift ‘AI’. His coaching over the two days and paxing with him really helped. A great three days: good food, company and impressive to see how fast Ray can pilot a Swift around the ‘Ring.

We skipped the DN sighting laps: the track opened at 8am with a strict no overtaking rule until 9am when the track goes live. Our Rent4Ring Swift package came with 24 laps, using 1-2 of those for sighting laps seemed a waste. If it’s your first time, or you lack confidence this equation may change for you. Solo I’d of been more tempted but with Ray’s experience and offer of going first it made sense to save our laps.

Paxing with Ray I learnt a lot. He was also very patient with coaching and we safely knocked 15 seconds off my previous best BTG. To be clear we didn’t time, we just filmed with a GoPro and reviewed footage. More than chasing a time I’m trying to improve my knowledge of the track, safety and have fun. A drop in lap times hopefully a bonus biproduct and a good yardstick to measure progress. The Rent4Ring Swift proved far greater fun than a sum of its mighty parts. The weather was glorious and my 6 driven laps were over all too quickly.

Day 2 was great fun but only managed 5 driven laps. Amazingly the weather was again perfect even if the day was marred by silly mistakes, lots of traffic and a few closures. Still far from a bad day and I managed to get out paxing with friends in other cars that proved a highlight in the afternoon.  There’s lots to be learnt and experienced from the pax seat, thanks to those that offered me a PAX. I also finally got a pax lap with Mr. BTG by sacrificing one of my driven laps. Soooooooooo worth it!

My first lap the fuel light came on at Hatzenbach, rookier error! Went to get fuel and then took another friend out for more coaching / tuition / being shouted at. Aborted due to a red flag at miss-hit-miss. It was then lunch time with no sign of the track opening soon. With all the closures and two false starts it looked liked getting my laps in was going to be an issue. Thankfully I had a solid 3 lap stint in the afternoon. 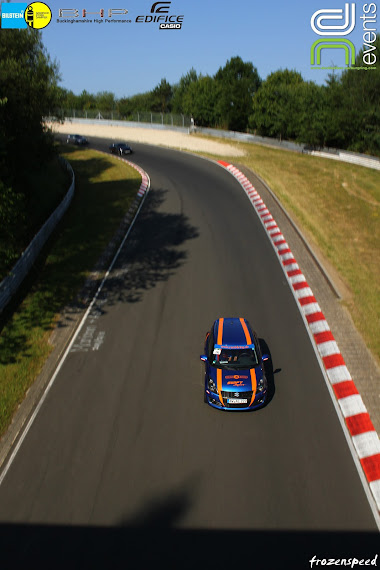 I had great fun and learnt a lot from the laps and more of Ray’s coaching. Additional traffic held me up and none of my laps were clean. Straight from the racing driver’s handbook of excuses for not going faster. A particularly poorly driven M3 wouldn’t let us, and many other drivers, through. They constantly blocked lines, held us up and made dubious decisions. Having waxed lyrically to several new recruits to DN days I was sad DN10 didn’t live up to my previous experiences of DN6 and DN8. I’m hoping lessons are learnt and less people are on DN11 :D. Still a great event and so glad to have been able to attend.

Realising what fast is and paxing while Dale and Ray pretty much overtook everything. A real privilege and worth the entry fee alone. Considerably less than 9 min laps with lots of traffic in a Suzuki Swift! At the end of Day One another R4R Swift driver complained AI was much faster and driven by a ‘maniac’. Technically two maniacs (Dale and Ray).

Closures and some terrible driving: Undertakes, line blocking, indicating right then diving left for an apex and the feeling far too many people were let loose to play. Not the usual DN experience I’ve come to know and love.

Looking back make that 100% happy and very lucky to have been able to attend another two great days at the Nurburgring. Will I really be able to not go back out for a while…… We’ll see…

3 thoughts on “DN10 – Sticking to even numbers”