Massive thanks to Carly and Charlie at Ocean BMW for the loan of their i3. It’s fair to say our recently acquired 10-year-old Audi A3 hasn’t filled the big hole left by our departing BMW 1 Series. I loved that car way too much.

IBM’s not so great company car scheme, UK company car tax, and building a house put an end to ordering a replacement. However, enter the BMW i3 as a possible new contender. With a £5000 contribution from the Government’s green motoring initiative, and only 5% benefit in kind (BiK), it’s a good value way to drive a BMW company car. 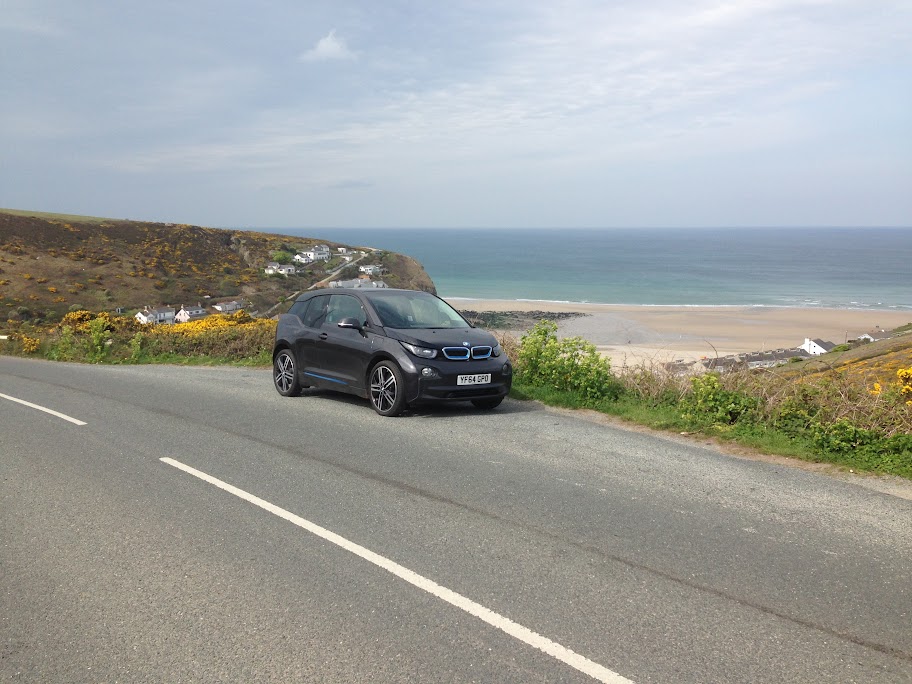 Preconceived concerns can be summarised as range anxiety and charging hassle. Our car usage is fairly typical for Cornwall/more rural dwellers. My better half commutes 40 miles a day, and I mostly work from home. At the weekends, we tend to average around 60 miles. We only need the i3 for commuting and short trips. We’d keep our 5 Series for longer journeys (and towing duties).

BMW offer the i3 with a range extending petrol generator (REX). The REX increases the i3’s range to over 100 miles, and would be essential. If we missed a charge the purely electric i3 wouldn’t work. We’re too far from a fast charge network to risk no backup. My occasional work trips also wouldn’t work, Hursley and London are both too far to consider. Even with rapid charging points at Cornwall Services and Exeter. Therefore, for the i3 to work it has to be the ultimate commuter and ideal for our shorter journeys. 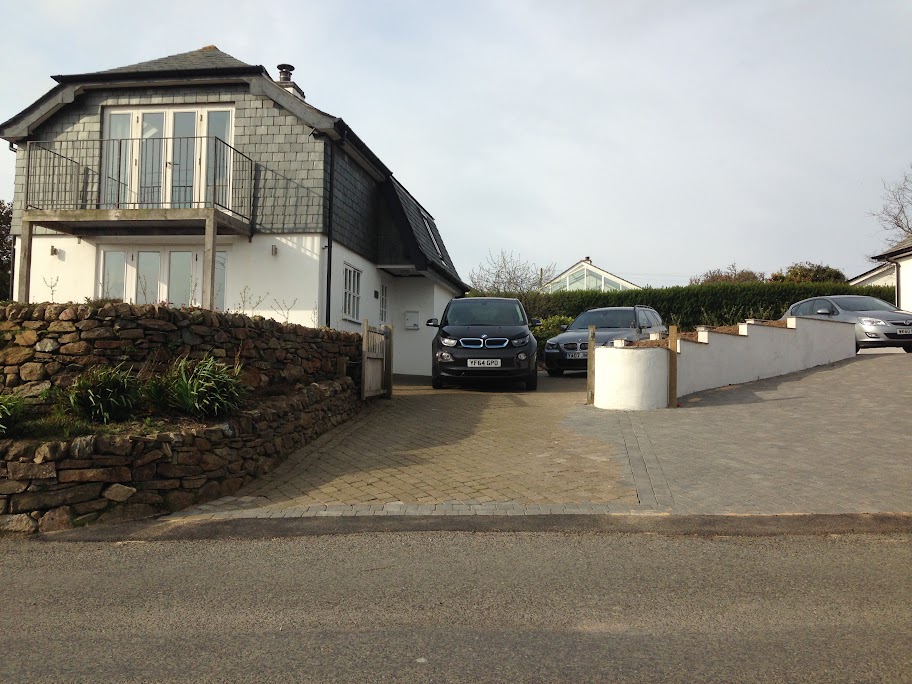 Charging is easy, and plugging in saves a fortune at the pump. Even after IBM’s poor car scheme, the i3 would net cost us around £100 a month. Factoring in savings on fuel and assuming we charge it at home every night. By contrast the 10-year-old Audi A3 will likely cost us more than that in depreciation, tyres, servicing, insurance and road tax <<man maths alert>>.

The charging system is well thought through. Far from being a chore charging was simpler and less hassle than we anticipated. With the reassurance of the REX, our preconceived concerns were significantly reduced. For any journeys over 100 miles, we’d use the 5 series. Unless we could use the fast charge network and treat range anxiety as part of the adventure of owning an i3.

Very easy to drive, curiously requiring a different but satisfying driving technique. BMW implemented a one pedal driving system for the i3. Lifting off the accelerator causes the motors to regenerate which brakes the car. A big lift will even see the brake lights come on. After a few minutes of adjusting, the pedal is quite sensitive, this proved very enjoyable. A rewarding skill to balance the car, keep cornering smooth and try to avoid touching the brakes. Pre-planning and a further focus on road-craft reserves the brake for parking and emergency situations only. If everyone had this pedal driving standards would significantly improve, mine included.

Lots of nice touches and detail. From the carbon fibre sils to the latest iDrive, the i3 is very cleverly packed. The suicide doors and rear leg room make it easy to transport four adults. Access to the rear seats is surprisingly good, helped by the front seats sliding forward. The dash and interior are the usual high-quality BMW items, familiar across the whole BMW fleet. With the odd random material used for its green credentials rather than aesthetics. These odd materials served as reminders it’s an eco car rather than detractors from the overall quality of the cabin. YF64 GPO even came with some bamboo dash inserts I’d not bother spec-ing, but each to their own.

Torque, constant torque. Up to 30 mph not much will keep up with an i3. Certainly not much you can buy new for similar money. It’s electric *BOOM* *BOOM*. As a life long petrolhead who’s been lucky enough to drive a lot of different cars it’s certainly unique. Flat to the floor it just keeps going, and going, and going. A constant and consistent shove from the back of the seat until around 45mph. For city driving it would take some beating. Fear one if you challenge it to a traffic light Grand Prix. 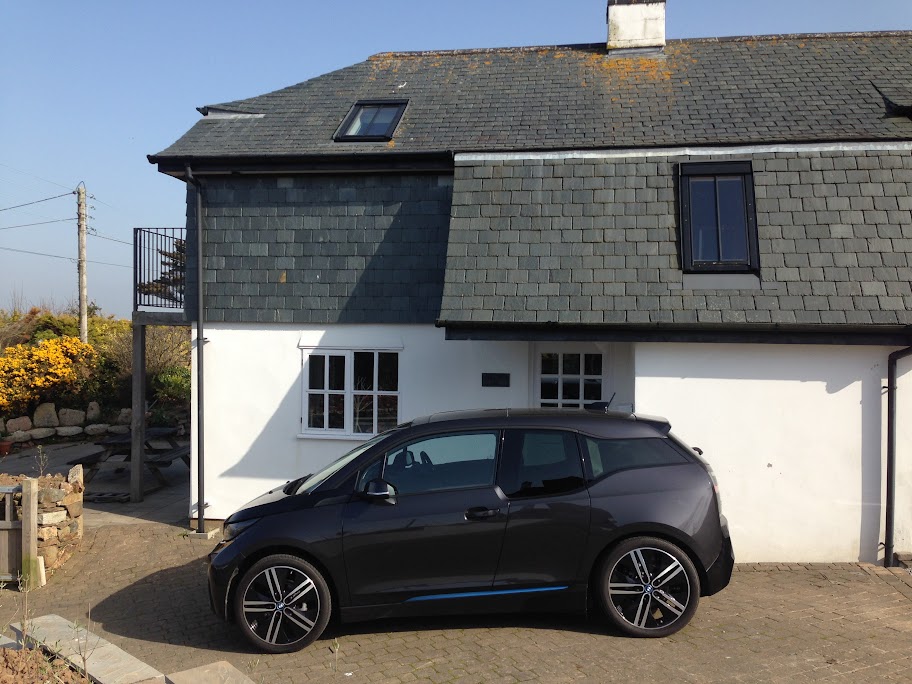 The not so good

Three biggies for us:

1. The boot is too small. We’ve a dog, and that either means we’re down to 3 seats or no boot. Even down to three seats the boot is still small. Too small for our current and future needs.

2. Over 45 mph, especially on exposed roads with poor surfaces, we found it very loud. Road and wind noise seemed to affect YF64 GPO badly. My better half enjoyed her commute and time with the i3 but complained it was too loud for her to want one. The next day I did 90% of her commute and begrudgingly knew what she meant. Over 45 mph it seems very loud, even compared to our tractor Audi A3.

3. While it’s true our loan period covered a blustery few days, it left an impression of i3s being easily affected by the wind. Where the A30 is exposed in places I found myself constantly having to correct the car and adjust it. At the end of a long day, my better half doesn’t want to be wrestling a car up the A30.

I get the feeling YF64 GPO’s optional 20s do it no favours in the handling stakes, I’d like to try one with the standard wheels. The 20s might contribute to the road noise issue we faced, especially when combined with poor road surfaces. Despite the 20s it turns in very well and offered a lot more grip than the narrow tyres suggested. My friend Ross, an i3 owner and advocate, encouraged me to find some good B-roads. He’s not wrong. On a B-road, it’s surprisingly fast and fun! Especially once you’ve spent some time getting used to the one pedal driving technique. I saw the range rightly plummet as my smile widened and hedges became a blur.

This is not a car for shy people. The car gets a lot of attention. People stop and stare. I’d almost listed this a good point because some people even let us out, or gave way, just for an extended opportunity to look at it. Drive an i3 and you get noticed. For better, or worse. 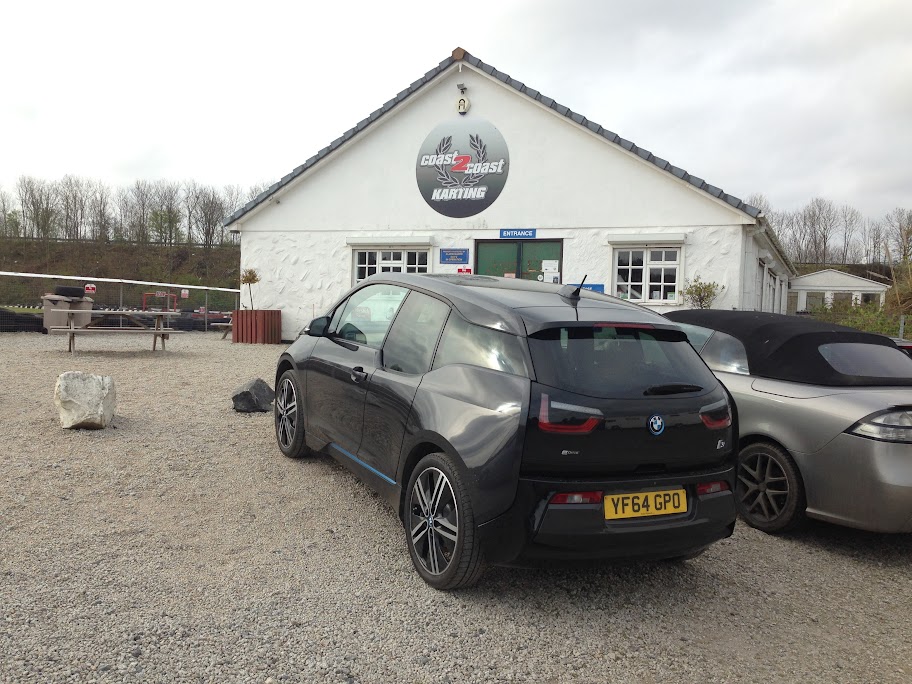 A good exercise in evaluating our driving needs, and a great experiment. Glad we’ve done it. Very thankful for our few days with the future. At this stage, it’s sadly a ‘no’ from us. As a city car, I don’t see how it’s rivalled. But for our needs, it’s too small, too loud at higher speeds on open roads and too light to not be affected by the wind.

Thanks again to Ocean BMW, and thanks to Ross and the UK i3 Facebook Group. It’s a truly brilliant car, and I mean it when I say the future. If you can align it with your needs you won’t be disappointed. Book a test drive today and find out for yourself. 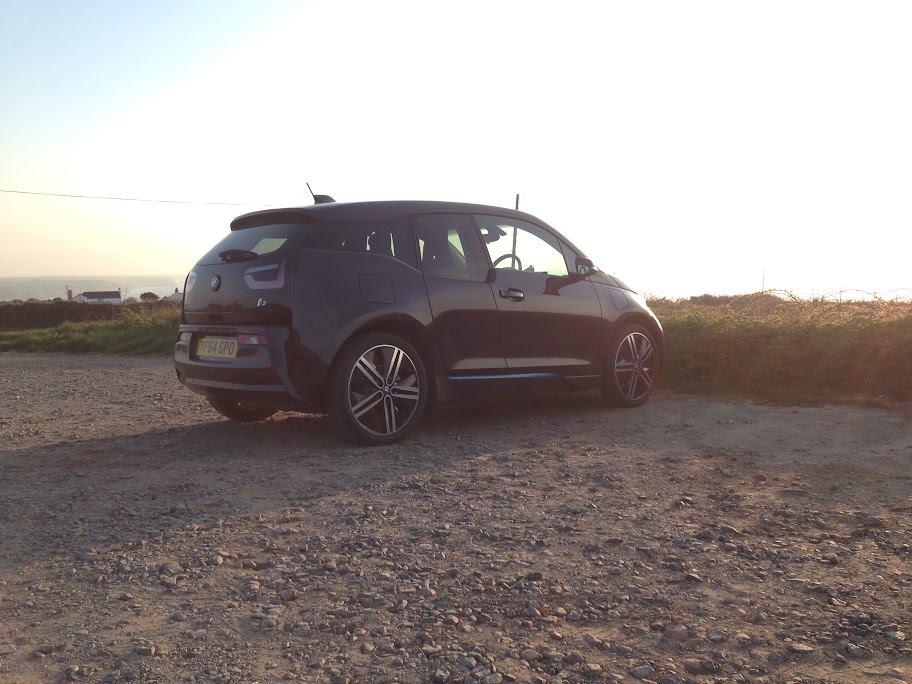