Awake at 6ish (better than 5am) and started looking at Max’s lap vs. my laps again. We’re due at the circuit for 10:30ish and I head up for 10am to soak it all in. Thanks to Qualifying and Max’s coaching I feel more excited than nervous at this point. Mark and Max arrive, Rob comes over to talk tactics. What’s our strategy? It’s agreed: Max to start, Mark until we need to refuel, me after refuelling, and Max to bring us home. There is a more to the tactics I don’t think it’s fair to share. I volunteer that I’d like an hour for 2 signatures, even that I don’t mind not doing if they want to give Mark and/or Max more time.

The briefing is hilarious. I’d of previously given BaT’s Jonny and Darren joint first for best briefings. That honour now goes to the C1 organisers. MSE by FAR THE WORST, EVER. Lots of in-fights and digs arrive from the questions. One of the organisers makes a fantastic point. This is a five-hour race, if someone is slower than you, you will find a way to overtake. If you gamble or overly defend a position and take both of you out, no one wins! Mark echoes this advice and likens it to a thinking man’s game more than a 20 minute “who is the fastest?” sprint. 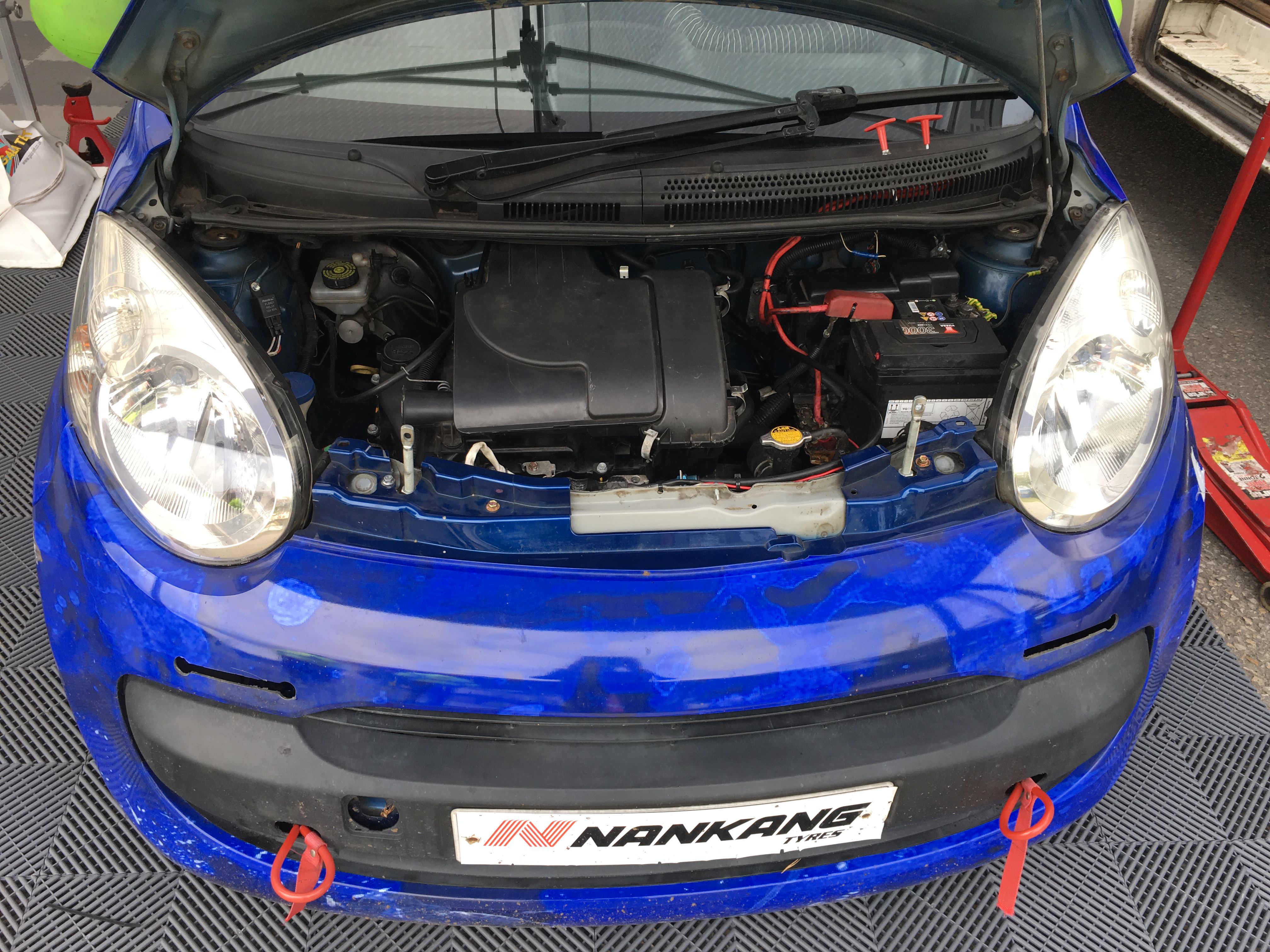 It’s agreed the best use of the warmup is to get me out on the circuit for all of it. So that’s what we do. I head out and make a move on a car at corner 2 (technically 1, you join the circuit at 1 from the assembly area). 2nd gear really does give more drive out of it. Thanks, Max! We’re in a jostling train up to Tower and a few cars pass me on the inside. Going into Tower I use the last passing car as a means to get around two more cars. Then we’re back into a train for the Esses and my elbows are out. I need a clear run into Sunny to practise Max’s coaching. It feels much better and means I exit Sunny out faster. Then I get mobbed. Ah, perhaps I’m not Senna re-incarnated. As we join the start-finish straight I get a poor exit out of Hairpin. I momentarily triggered ABS and it understeers a car length deeper into the corner than I’d like. Which leaves me with what feels like forever turning and waiting to get back on the “power”. Unsurprisingly, I get mobbed on the start-finish straight. This gives me some space and I settled into a rhythm and focus on corner 1 and Max’s coaching. This C1 is far greater than the sum of its parts, it’s pointless trying to justify it, until you drive it you would never believe me.

There is a problem. I know I am faster in all three areas Max has suggested but my lap times are up and the car seems to be down on power above 4k RPM. Unfamiliar with the car and aware it’s carrying a full tank of fuel, I don’t know if it’s me, or me driving badly and looking for excuses. It seems to be getting worse and I head for the pits. The team are ace, I explain what’s happening and they take a look. They can’t see anything and send me out again, saying they’ll change the plugs as car 385 had similar and that fixed it. I get an out lap and one more lap before the checkered flag brings the warm up to an end.

The team check the car over and change the plugs. Even on the old plugs, it appears nothing is wrong, no fault codes, and we can’t seem to replicate it. Keith suggests we’ll only find it under track/race conditions. Apparently, it’s not a good idea to try and simulate that in the paddock (my one token suggestion).