We came last, caught fire, had a blast, and can’t wait to race a KA again.

Firstly, a big thanks to Rob and Amigo Motorsport. What happened, happened, motorsport requires a philosophy degree level of stoicism. Initially, we hoped to race with 2-3 drivers and test Friday. As the race grew nearer people dropped out and the KA’s cage didn’t show up until Tuesday before race day! With no other takers and a last-minute build, this was a gamble. Rob was upfront and explain qualifying would be our shakedown. We’d split the driving and he’d keep costs down as best he could. The prospect of not driving or getting any signatures for the outlay wasn’t an easy call to make. However, nothing ventured, nothing gained. This was an opportunity to race in a new series and help Amigo develop their KA. At each stage of the build, Rob offered an out and registered us at the last possible moment. I made my peace with not getting signatures or race experience for the money invoiced. 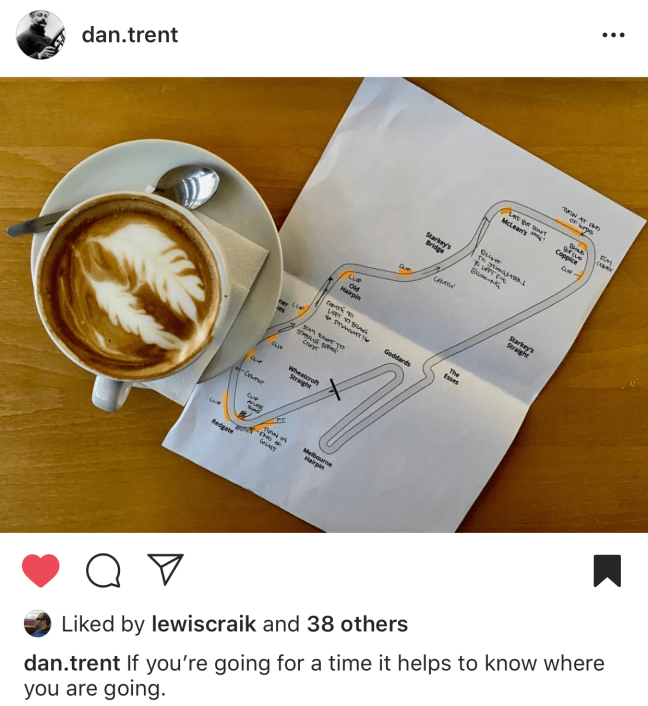 Donington hosted the first race of the new MSV EnduroKA series: https://www.enduroka.co.uk/ – A big selling point. Unlike Croft (my first race), I have driven Dony lots and LOVE IT. It’s a close second to Thruxton as my favourite UK circuit. I’d borrowed Pistonheads race notes, thanks to Instagram, and watched some more youtube videos in preparation for tackling the legendary Craner Curves.

Rob planned to take the KA out for a shakedown, bring it in and let me have 30 minutes to get acquainted. Then he’d finish the session and set our qualifying position. Despite a new rad and thermostat, this plan was dispatched five minutes into qualifying when Rob came back in with the KA overheating. Just an airlock? The KA was bled and I was sent out. Carefully, and to bring the car back in at any signs of overheating.

My first laps were a lot of fun. Craners is flat, no question. Only third and fourth are required. The KA felt confident on the brakes, turn in vague but once hooked up the grip was dependable and the KA was surprisingly adjustable on the throttle for the lack of power and torque. After a few laps, it started to feel like all was not right at sea. I could smell heat, a whiff of hot coolant and then the temp light started to flash on Starsky’s straight. Returning the pits wasn’t the happiest experience. This was no airlock, this was the head gasket. This was my two signatures and race disappearing.

Or was it? The Burton Power team kindly offered a bottle of K-seal and I was off again. New plan, similar to the old plan: a few more laps, watch the temps and for the board, and then Rob would go out and qualify us!

This time out I was a little braver and quicker. The team took the decision to simply accept my qualifying time and leave me out until the checkered flag. 1.42.373 qualified us 22nd of 26. I was a little down on hearing this. Visiting other garages, it appeared they’d all used their fastest and experienced driver, as we would have, and lots of the other drivers’ pace was a few seconds off mine. This lifted my mood, slightly. Fingers crossed for the race!

Rob offered the start but with his skills and experience it would have been crazy to not let him make some places up. Especially with the high potential of places to be gained as a result of my qualifying time. As the KAs rolled over the start-finish line, Rob was off! 4-6 cars dispatched as he managed to get an inside line into the first corner. From the pit garage, we saw a puff of smoke and 2 places were lost as Rob locked up the front. As Rob came round for a second lap he’d made up more places but the right indicator was on. He was going to pit next lap, something was wrong.

No rear brakes! Rob and the team leapt into action. The issue was quickly diagnosed as a corroded rear brake line on the driver’s side. Rob told me to get ready, I was going out. A replacement was sourced and fitted (thanks team 19) and I was back at my favourite Mutu tag system and into my first KA race. Being firmly last, many laps down, with questionable reliability, and now out with the faster-starting drivers, a sensible person would have realised that cruising for over an hour would be an easy 2 signatures. Yeah, sensible, get those sigs. Ooooooh look, I’m gaining quite a bit on those two KAs in the distance!

Reeling them in over three laps, Foggarty Esses sees them brake on the crest and before I can overthink it I’m flat down the inside. My nose is just ahead and I’ve squeezed them to give myself as much space as possible. Big stomp on the brake and gingerly peel it off to trail the KA in. Jeeez that feeling! Can’t dwell on it for too long, another KA brakes early for corner one, Redgate. Carrying more speed enables me to make a move on the outside of Craners. THE CRANER CURVES. Forget the double overtake, this is my lasting memory of Dony. OK, KAs are not fast, but two abreast through Craners feels like threading the needle. The extra speed gives me room to move back across for Old Hairpin and more targets up ahead to unlap.

Much like the C1s, some are faster, some are slower. I try and observe the pit boards to see whom the top cars are and give anyone faster enough space so as not to compromise their race. Unlike the C1s I feel more confident and assertive. Most of my overtakes come from inside dives, braking later into Foggarty Esses and Redgate. A few from carrying more speed through Macleans and Coppice. None compare to the feeling of going around the outside of Craners.

Coming round the start/finish and scanning the pit wall I see my T60 board. About now I am a bit of a sweaty mess, the KA is hot and physical. More physical than the C1. Despite the comfy seat, I’m feeling all 60 of those minutes. The wave of euphoria of driving &surviving for over an hour reduces that feeling, all thoughts of fatigue are replaced by the desire to keep pushing. Regardless of our position or finishing the race, I’ll have earnt two more signatures on my race licence!

This fact and euphoria I need to remember 15 minutes later when the KA doesn’t feel right. As I cross the line I am a few seconds up on my average pace. Going up the hill after Old Hairpin I see smoke in the rear view. Pulling off the racing line the KA starts to miss. The temp light flicks on & off and the smoke develops into a smokescreen James Bond would be proud of. We’re now running on a mix of petrol, coolant and oil. As I enter the pits, spot the team and limp into our garage, the KA’s heart and soul gives out. No amount of k-seal is going to ‘fix’ this. The bonnet is popped and WTF!!!! we’re on fire. Properly on fire, with orange flames licking up the firewall! Our mechanic, Joel, quickly puts it out with the fuel refilling fire extinguisher. Turns out I can get out of a KA pretty quick when it’s on fire. Next time I just need to remember to put the handbrake on and hit the cutoff before leaping out…

And, that’s all folks. If you’ve managed to read this far! Once again, massive thanks to Rob and the Amigo team (and special thanks to Joel for quick thinking with the fire extinguisher). Also, thanks to MSV and the other competitors. The atmosphere, driving standards and general ethos of EnduroKA was great to witness and be part of.

Quite an experience, my first fire, 2 signatures closer to my Nat A (2 to go), and already looking forward to racing KAs again. 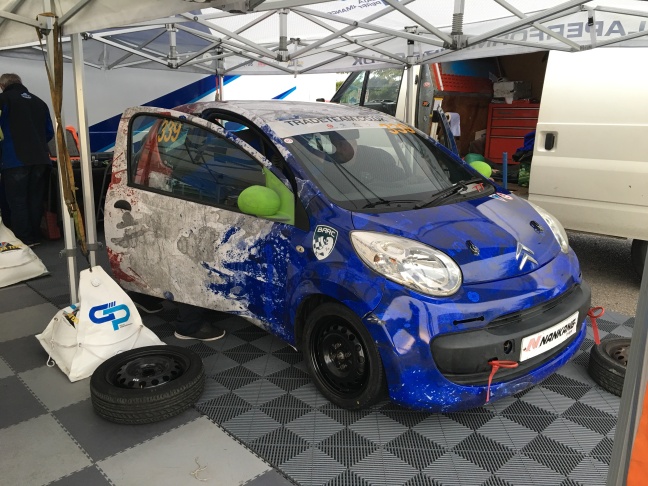 Three things to consider when reading this:

The C1 was less stable and more twitchy, light and lithe. It pivoted around its engine and front axle. Turn in was nervous but good, the rear quick to move. Brakes fair, easier to trigger ABS. If you got on the gas too much too soon it would understeer.

The KA rotated slightly slower, turn in muted but more grip once you committed. Less edgy, easier to control, more physical, heavier. It appeared to rotate more around the middle of the car and the rotation could be controlled more with the throttle. A lot less steering inputs required to correct oversteer. Stronger brakes with more feel, easier to judge and I was more confident on them. It was also easier to trail brake, and pretty essential to getting it rotating on entry to the slower corners.

In the C1 I didn’t have the capacity to heal and toe, and didn’t even attempt it. There was too much else going on and not enough mental bandwidth. In the KA I was better placed mentally and achieved it for most of my downshifts.

With a gun to my head, I’d marginally pick the KA.